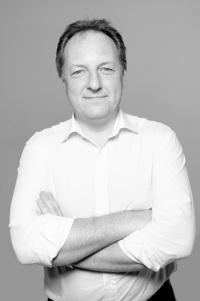 Stefan Ogrodzinski received his BSc (Hons) in Toxicology and Pharmacology from The School of Pharmacy, University of London, in 1987 and his MBA from De Montfort University in 1999.

Stefan's career has spanned the pharmaceutical industry, the healthcare sector, the voluntary sector and the educational sector, giving 25 years of sales, marketing, management and directorship experience.

In 2000, Stefan founded BioStatus and since that time has led the company as its CEO. OncoTherics was spun out of BioStatus in 2012. As a founding Director of OncoTherics, Stefan is responsible for the early stage fundraising, direction and strategic management of the business.

Stefan is also a Director of BioSuspensions Ltd, BioCity Nottingham Ltd, and Mobius (BioCity's Life Sciences Investment Fund). He sits on the advisory panel for the Centre for Doctoral Training in Targeted Therapeutics and Formulation Science at Nottingham University. 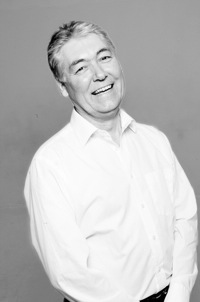 Between 1977 and 1979 he was a NERC (Canada) Research Fellow in the Biology Branch of Chalk River Nuclear Laboratories (CRNL) Canada and later as a research scientist funded by the US National Cancer Institute investigating DNA repair in persons genetically predisposed to cancer. In 1982 he joined the Medical Research Council Centre (Cambridge, UK) and as a senior scientist led a programme directed towards the identification of factors controlling cellular sensitivity to DNA damage. In 1995 he was appointed to the new Chair of Cancer Biology at the University of Wales College of Medicine. He is also a past President of the International Society for Analytical Cytology (ISAC).

In addition Paul is extremely well known on the International research circuit, and is highly respected by key opinion leaders all over the world. 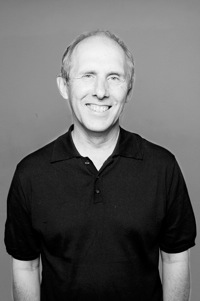 Professor Laurence Patterson obtained his BSc (hons) in applied biology from the University of Hertfordshire and his PhD in the area of medicinal chemistry from King's College, London. He subsequently spent several years in the pharmaceutical industry before taking up a post at De Montfort University, Leicester where he progressed to Prof of Pharmaceutical biochemistry and then on to Professor of medicinal chemistry and Head of the Department of Pharmaceutical and Biological Chemistry at The School of Pharmacy, London. Laurence is responsible for the discovery of AQ4N, a tumour hypoxia activated agent in Phase 1 Trials.

Currently, Laurence is the Director of the Institute of Cancer Therapeutics (ICT), University of Bradford. The ICT builds on 30 years of highly successful cancer pharmacology research in Bradford which, under Laurence's leadership is now driving new medicines discovery.

Laurence brings a good deal of technical and commercial expertise to the team along with a vast International network of contacts in the company's key market areas. He is able to offer expert advice and technical support. 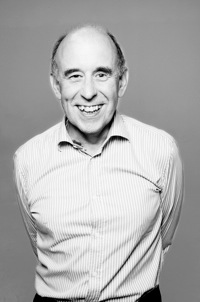 Mike graduated from Kings College London with a degree in Chemistry, before taking an assistant manager's position at Thomson Mclintock & Co (now KPMG). After qualifying as an accountant with the Institute of Chartered Accountants, he moved to British Leyland to take up a position as Financial Accounting Manager. He then moved to Glaxo where he worked for 16 years in a variety of senior positions including FD for Glaxo Export Ltd, FD Glaxo Companies Singapore, Group Deputy Treasurer and Director of Administration Glaxo Wellcome plc (Geneva).

In the last 10 years, Mike has served as the Director of European operations for A. M. Pappas & Associates.

Mike brings a wealth of expertise to OncoTherics, both as an executive and non-executive director of OFEX and other private companies and major subsidiaries of Glaxo world-wide. He is a valuable member of the OncoTherics team offering financial and strategic support to the company.

Are you a researcher?